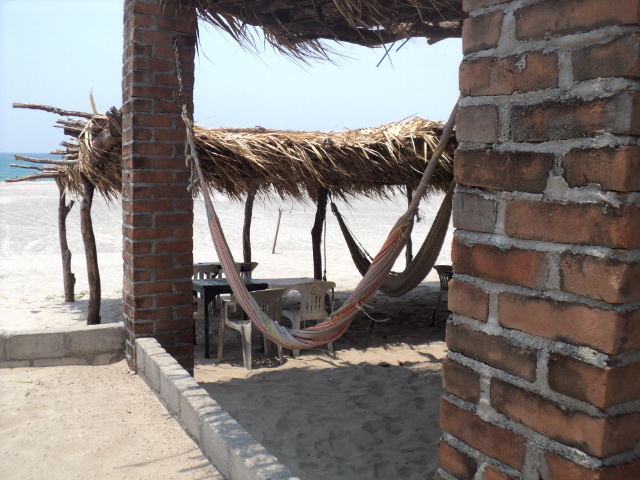 The Tao of the Broom and the Mop

Just about wherever I am going doing those ordinary needful things that are an auto trip, gas and bathroom, specifically; I encounter the holy people wielding brooms and mops. They are in the Pemex lots where they sweep across the pavements before the gas tanks, around the stanchions of air and water, around the stands of engine fluids, oil and anti freeze, and in the larger turn around areas. There they are sweeping the detritus left behind from all the other ordinary people like me making auto trips either across their town or across the state.

In the convenience stores, there are older women and some men also sweeping with a tall broom and a dust pan on a handle. They sweep and clean and lift the plastic bags, the plastic trays, the plastic cups into the larger plastic bags that hang off the cart that they push around with them.

At both MacDonald’s and Burger King where I know I will find free WiFi, there they are as though these not so tall ladies are a band of elves who has appeared here again and again to sweep and clean and mop with long handled heavy mops that they wring out by hand over a bucket they carry around with them.

They leave behind them areas cleaned, tiles sparkling, and a little damp. Over and over during each and every day, they are there sweeping and cleaning.

At various  stations across the territory, there are small cement buildings housing banos, bathrooms designated by the familiar signs for Hombres (men) and Mujers (women). Often outside these places are the custodians watching and waiting.

In the past few days, I have met two wonderful older ladies sitting doing truly artful embroidery on napkins watching and waiting, holding court with a needle and a mop.

We smile at each other for I, too, am a practitioner of the needle arts with 7 decades behind me. I appreciate these artful women because this kind of needle work is really never been of interest to me. To see their fabulous stitching, the color selections, their attention to the details of the flower, leaf and vine themes is humbly awe inspiring to me. Their needles are racking up time while they also swing their mops, brushes and cleaning cloths keeping toilets, sinks and floors clean for the flood of people.

They honor their occupation and their art all at once and so do I honor them and their service, for this kind of dedication deserves the 2 pesos they ask.

The Tao of the Shovel and the Rake.

The tropical gardens and plantations are the home of a hectare or two of capped rows of table vegetables grown for the people in the villages and towns nearby They are also many hectares of commercial crops: melons of many varieties, papaya which are small trees up to about 6 feet tall which bloom, fruit and are picked only once, stands of coconut palms and avocado orchards each with much longer growing and harvesting cycles..

Certainly somewhere there must be some mechanical equipment which plows out the rows, which orders the orchards when they are planted initially; but most of the labor is done by a man with a shovel.

And when it is time to clear up the garden that has been harvested, there is a man with a rake; or properly, many men with rakes.

In the truck gardens when it is time to cultivate, weed and pick, there are women who wear pants and dresses and t-shirts, who swaddle their heads with two bandannas covering their hair and their faces clamped down with a peaked cap all of these with dirt and grime well worn into the fibers of the cloth.

These simple, very hardworking fraternities and sororities of people keep the wheels of the world around them turning providing them with all kinds of food and nourishment. The work is there to do and they are there to do it.

When I lived in the US, commonly I went to the large grocery chain store to find bins of vegetables and fruits that I might be able to eat. I chose to learn which of the selections I found were relatively ‘clean’ and which were ‘toxic’ with pesticides, herbicides or heavy fertilizers that could not be made edible even with washing.

Here in this place, in this country and in these states, I saw the people who used their shovels and rakes in the fields, set the compost, cultivated, watered and nourished and later picked, cleaned and bundled for similar people who lived in their areas. There was no need of some government committee to ‘certify’ these were organic, one saw the people with their shovels and rakes going into the fields to work. I could notice the wholesomeness of the whole of it and realize that anything I found at the stands, however it ‘looked’ was all living nourishment for a traveler.

So, I gas up and I drive. I stop to rest and I eat the food I have found and some that I have brought with me to add to the nourishment I need. It’s all organic. It’s all real, wholesome and above all, human.