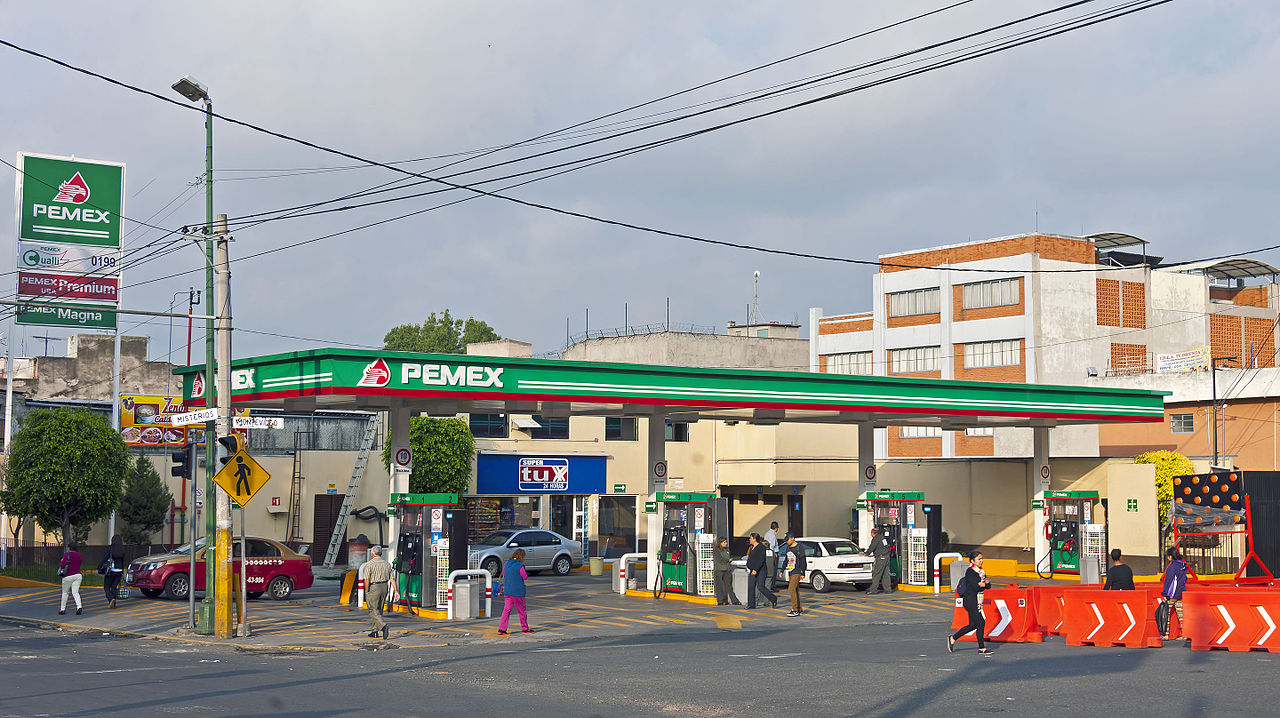 The gas company in Mexico is called Pemex. Everywhere in Mexico you will find Pemex and gas is the same price wherever you go. I thought that to be a really great idea.

As a van-gabond, gas stations can be terrific places to stop to park, use their bathrooms which are usually decently clean, get gas and even stay for a while, a night only or a few days.

After making it through the international boundary Friday afternoon, the confusion of Mexicali confronted me at about 35 miles per hour in near to dusk evening traffic. It was necessary to tune up the intuition quickly because it was obvious there was nothing about that would serve me to park overnight. I took a side street to the west until I realized there was to be nothing there to help me and so I turned around on a side street with the request to find the freeway south.

Behold, an almost unmarked entry point presented itself and I turned down the on-ramp onto the freeway. It seems that even drivers in Mexico can be expected to follow the lanes at least more or less and they do not want to hurt their cars so they nicely avoided a rather slower moving, ugly old van. Off I went with a new sense of observation firmly in place scanning the sides of the road, scanning the cars around me and scanning the landscape for signs that would show me the way to go.

It was so quick through the border that I did not stop at the recommended customs office for a paper map and so I was on my own with the universal intelligence that is in all of us and a few years of driving skills.

I found the main road #5 which leads eventually down most of the west coast of Mexico. I had discovered its name and number on one of my internet cruises a few months ago. Turned out that San Felipe is 198 K from Mexicali (Mexico works on kilometers which are a little more than twice what miles would be: San Felipe is about a 100 miles south.) I had already discovered that the rear gas tank on the van was not working properly, seems the switch in front does not do what it is supposed to do. All this means is that the driving range of the van is about 100 miles on the front tank only.

Would you know it, I had not stopped to exchange money either. No dinero, only dollars! At the rate of traffic, I was cruising this highway headed south seeking as soon as possible just the right place to stop for the night.

It showed up about 30 k down that road where I noticed just the right Pemex station on my right with just the right look to inspire me to pull off the road, observe the general area and assess where to park. I found it, too, just on the south boundary of the station in a wide yard unpaved and vacant of moving vehicles. I turned the van into a sandy area under a flowering tree inviting me to its shade.

By this time, the sun had been gone for at least 50 minutes and even the last crimson in the sky had paled to a dusky glow over the hills on the westerly side.

Imagine that I was ready for my first sleep in Mexico.

I had taken myself to Trader Joes for the final shop where I collected my favorite yoghurt, a few lemons, tomatoes, a sack of avocados and my swansong indulgence: the ultimate berry pie! Yum, the traveler made a hearty meal and was quite soon comfortably off to dream land in a new country, a new language and a whole new adventure.

I hope you are as ready as I am for more!