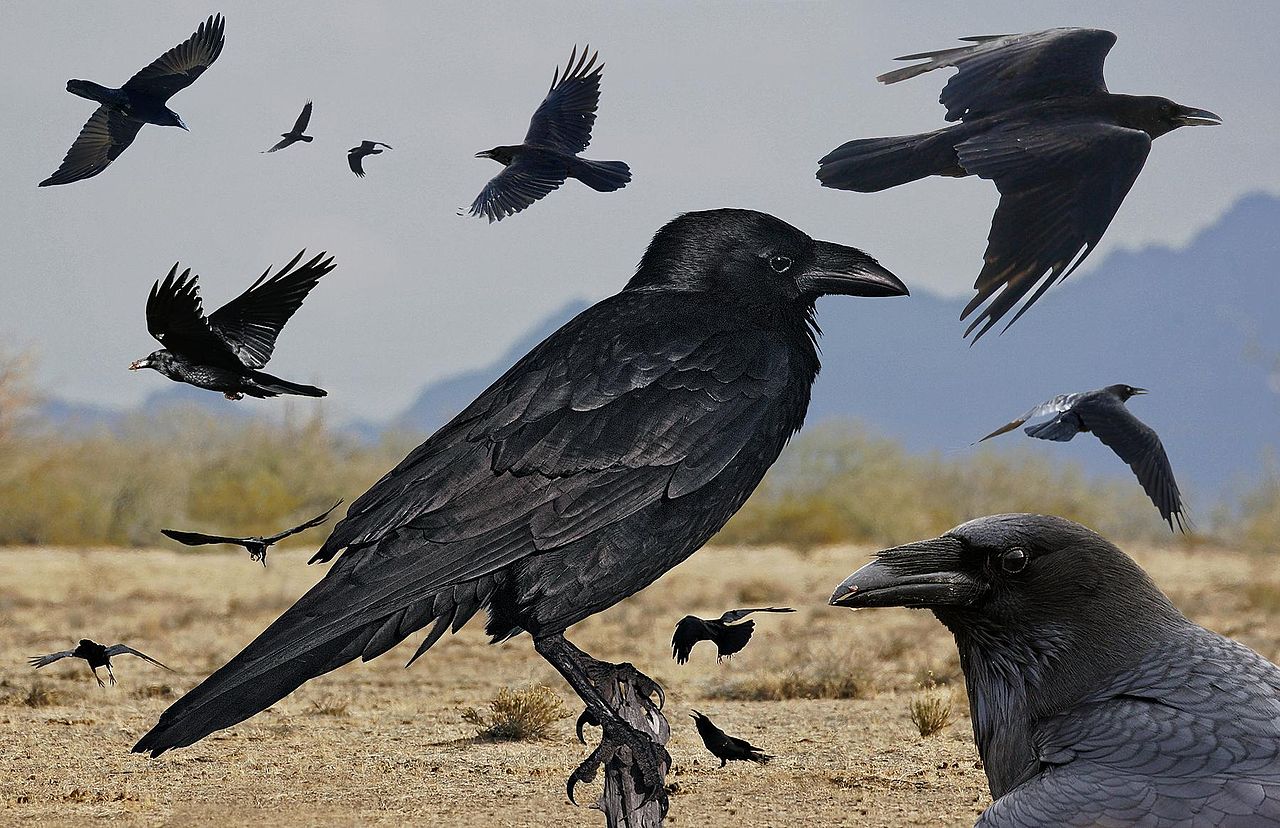 So, what might it all be about, I ask myself allowing a quiet mind to gather the message and the meaning of it all. And what is this “Ravens’ medicine” anyway?

There’s a story about how it all began. Well, you knew there is a story, did you not? After this distance, you are certain there is be a pause and a story.

So: in those days when I was driving my first van, Tulip, on the roads of the western United States, I took myself to Flagstaff, AZ with the intention to drive northward to visit the Grand Canyon.

It is up a long, quite straight highway over mainly flat desert-like territory tufted with tumbleweed, the inevitable though scarce cactus and a few creosote bushes along the way. It was early afternoon when I made it to the park where there are large parking lots, park offices and an architectural glass and steel overlook at the rim itself. I strolled out to the front rail of the bridge, leaned over and took a long look, across the divide, to the east and to the west.

Well, it is massive and deep, the red hued rocks are carved by the winds of centuries but the first thought I had was, I’ve seen better video tapes! It was hazy in the bottom of the canyon, could not even see the river down there, and the dusty air obscured the sculpted cliffs on the other side. There was nothing for it but to take myself back to the van and make lunch.

Then I climbed back into the driver’s seat, turned the key and fired up the van. As she croaked her way alive, a flock of about 18 ravens lifted themselves out of the branches of the large bush to my left, circled around above me in a counter-clockwise direction and peeled off to the east.

Even though I was mightily surprised, the significance of a whole flock of ravens registered on me immediately.

Ok, Raven. I don’t know what this is about but I am going to follow. I’m on my way!

I steered out the parking lot, turned left at the continuing 2 lane that had brought me here and followed off to the east behind the winging birds that were quite soon out of sight.

I drove east for some distance through that same scrubby desert landscape to the bridge leading to the north rim of the canyon. It seemed right and so I made a left turn proceeding all the way through Kaibab desert area, through the edge of the highway stands of Navajo silver smiths and blanket weavers, onward many miles crossing into Utah sometime later on in the afternoon. Further up the road, I spied a forest fire road going off to the right into the forest areas to the east.

The voice in my head said, follow that road! Turning up the slope into the sparse dry, mostly pine forest; I followed the dirt track for at least 5 or 6 miles far into the friendly canopy. At some place there it was the perfect parking place to swing around and face toward the road, my head to the north.

Turn off the engine. Breathe deeply of the piney aroma, survey my local area, get out and walk around just allowing the silence and the quiet presence of the trees to envelop me in the serenity that does still exist in the untramped forest.

I opened the side door of the van and sat there drinking in the mystery and magic while I munched on the last half of the sandwich that was left from lunch. The forest soon became flooded with the crimson and coral glow of sunset; then fading, drawing back the light from the ground and soon from the sky above.

Then, it was just plain pitch black dark. Everywhere! It was as though it all just disappeared leaving a cavernous empty void behind.

Panic rose into my throat, I was rigid on the step of the van, unable to move, unable to think about anything except how dark it is and how deeply afraid I am, how shallow is my breath, how dry my throat!

Easily 10 minutes passed in this virtually catatonic state. Then, thankfully my body allowed herself to just breathe gently, slowly until the adrenal flood subsided and I was able to think properly.

“You have been in the dark before.

No one knows you are here and no one has followed you, nor will they. You are safe.

No critter wants to bother you.

There is no danger, only the peace and serenity you already sense.

So, just close the door and go to bed. You will be fine.”

And so I did just as I told myself to do! I got ready for bed, put my head down, pulled the covers over my head and went to sleep. All night long, I slept dreamlessly awakening with the sound of birds in the early morning light already streaming down to the forest floor.

Magic. I was clear headed, cheerful and confident of myself in a way I had not noticed before. Raven had shown me the path to erasing my fear. All of those bothersome apprehensions and ‘what ifs” we not to be found within me.

Now, sure, I would not like to fall down anywhere but the nagging fear pattern about that is gone replaced by a most deliberate observation of where I am putting my feet under me.

I no longer anticipate any of those imaginary dreadful accidents.

These are the kinds of lessons that are never forgotten. Sometimes the learning of them comes at inconvenient times, but their importance to the great Journey of the Lotus that we are on is easily apparent. I relieved myself of duty to the fear and all of its patterning in favor of a now and here, moment to moment allowing of life’s unfolding miracle.

The warrior’s path is made with such moments and it is how we find ourselves with ever more stature, ever more poise, honor and patience.

Our world has been taken over and it seems that some large, mostly unknown force is pulling the strings in the shadows somewhere. War and disease, a world crime syndicate and rampant poverty not of our making is all around us. It is up to us that even though we may be targets of that warfare, we do not have to be its victims.

The Art of War is to win without fighting. There are already too many casualties. How then, shall we win the Peace?

First, we must know the enemy. We must know him so well that we know what he will do before he even thinks of it.

Then, we must know our limitations because then we can build a winning team.

The task and the purpose of those of us who have made a stand as warriors is to win the Peace. Imagine just how magnificent our humanity might be under an aegis of peace? At this stage, after being in a survival mode for so very long, we do not and we cannot know the answer to this question.

This leaves us with Love and the wisdom of our natural spiritual will to prevail through these darkest times. We can and we shall.

I invite you to follow on ravensmedicine and I invite you to share this writing with everyone you believe can benefit. In this gentle easy way we can grow the circle of our power and wisdom together. My role as Grandmother is to empower everyone and to make a gift of the wisdom and strength that I have acquired along my journey. Welcome to the Circle.